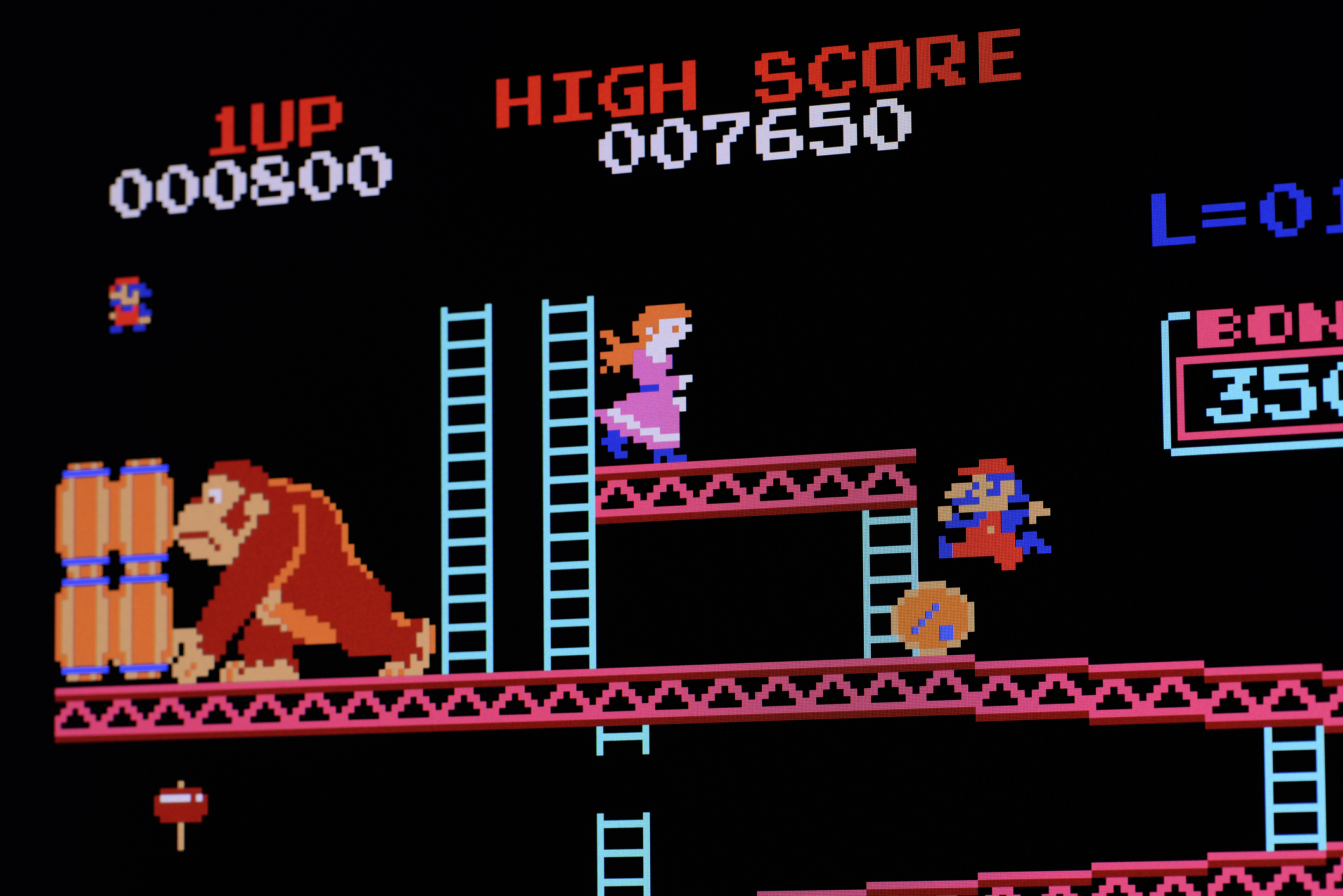 Released by Nintendo in 1981, Donkey Kong would prove to be one of the most important video games for the company, for both cementing their reputation in the video game world, and the creation of an early form of the “Mario” character that would later go on to become the company mascot.

Donkey Kong is one of the earliest examples of a video game in the platform genre. Prior to the term being used to describe certain video games, the US gaming press used the term “climbing game” to describe games that used platf

orms and ladders. As the first platform game to feature jumping, Donkey Kong requires the player to jump between gaps and jump over obstacles and approaching enemies to climb a series of platforms, with the ultimate goal being to save a woman captured by Donkey Kong himself.

The jumping man and the woman needing to be rescued eventually morphed into Mario and Princess Peach, with Donkey Kong eventually receiving his own series of video games and transitioning from a villain to a hero character. The game was eventually ported from an arcade machine to a small hand-hold console.