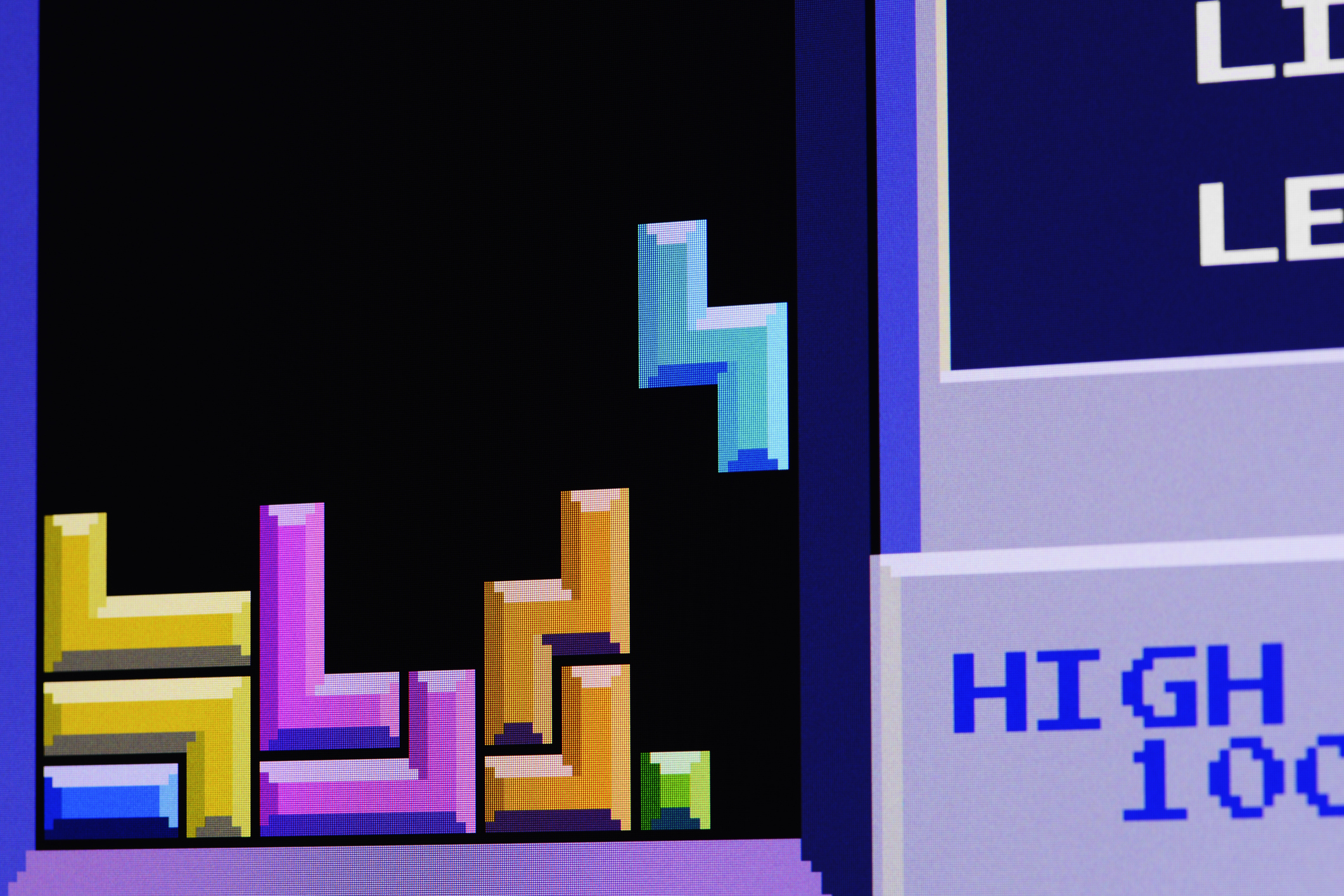 The most popular video game of all time, Tetris, was originally designed and programmed by Soviet Russian game designer Alexey Pajitnov. The game was released on the 6th of June, 1984, although at that time the game wasn’t commercially available and was played mostly by Alexey’s colleagues at the Dorodnitsyn Computing Centre of the Academy of Science of the Soviet Union in Moscow. The name is derived from the Greek numerical prefix tetra, as all the games pieces contain four segments, and tennis, which was Pajitnov’s favourite sport.

Tetris was the first entertainment software to be exported from the Soviet Union to the United States, where it was published for the Commodore 64 and IBM PC by Spectrum HoloByte. The game, or a variant of the original, has been available on nearly every video game console and PC operating system since its first release. Versions of the game have also appeared on devices such as graphic calculators, mobile phones, and PDAs. The success and proliferation of the game in popular culture has also led to light displays on buildings showcasing the game.

n January 2010, it was announced that the game, including its many variants, had sold more than 170 million copies, with approximately 70 million being physical, and 100 million copies being digital, mostly for mobile phones, making Tetris the best-selling commercial video game of all time.

Such is the popularity of Tetris that there are still tournaments today for players to compete in, these tournaments can take the form of attempting to score the highest number of points, or the attempt to keep playing with an ever increasing speed at which the pieces come. With some players’ having the skill to play at slower speeds indefinitely, the most common tournament form has players attempting to play at ever increasing speeds.

The goal of the game is to clear away the paces that fall, with the playing doing so by creating a row of pieces without any spaces. The maximum number of rows that can be cleared by one piece is four, and players who pull off that feat are said to have pulled off a “Tetris”, a reference to the name.

Common variations of the game feature additional music, or artwork shown in the background of the game.